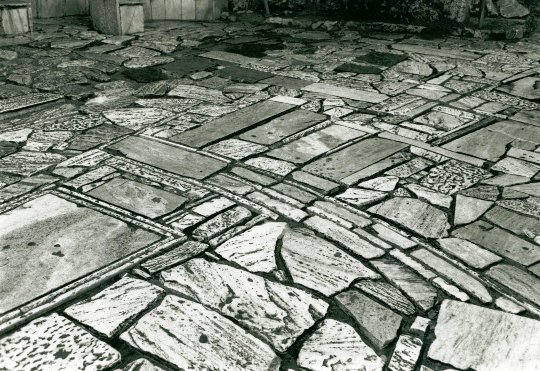 The exhibition presents the essence of his work on painting and architecture, which has devolved to Museum Benaki ‘s possession, thanks to the important donation of Pikionis family.

Dimitris Pikionis was a well-known Greek architect and a great scholar,born in Piraeus in 1887 and studied civil engineering at National Technical University of Athens. He continued his studies in 1908 in Munich in freehand drawing and sculpture and moved in Paris in 1909 to study drawing and painting at the Académie de la Grande Chaumière with L. Simon. Furthermore, DimitrisPikionis attendedG. Chifflot ‘s workshop and courses on architectural compositions. In Paris he stayed until 1912.

His first project is the house Moraitis in Tzitzifies, a building of Attic folk architecture, dated 1921 to 1923, year of construction’s completion. . In 1925 he was elected at Decoration Department of National University of Athens University and published his famous article entitled “The folk art and us.” In 1932 he built the primary school in Pefkakia and summer Kotopouli theater. In 1933 he built the Thessaloniki’s Experimental School. During the period 1951-1957 created the configurations of archaeological sites around Acropolis, a really valuable piece of work. In 1961-1964 dates the last remarkable creation, the playground of Filothei which is a combination of Greek and Eastern tradition. In 1966 he was elected regular member of the Academy of Athens. 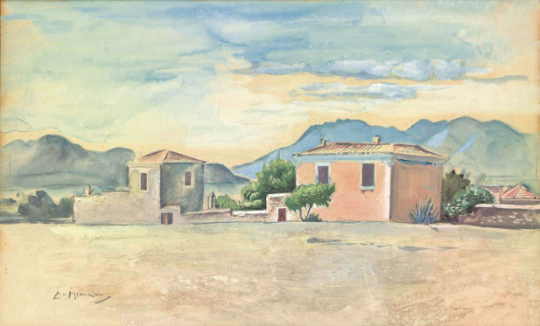 The first part of exhibition presents artist’s painting work. The painting for Dimitris Pikionis was a deep internal matter, closely tied to his artistic path to maturity. It even admits in his autobiographical notes, that the real center of his vocation was painting and not architecture, Exhibition’s material is organized in sections, identified by the artist: Nature, Memories, Paris, Ancient, Byzantine, fantasy, folk. The painting was a rather personal matter for Dimitri Pikionis and related to his own artistic path to maturity.

In the second part, visitors can explore his architectural work, his studies on the architecture of Zagora and Kastoria, part of his study for the Folk Architecture of Chios, copies of magazine “The third eye” as well as evidences of his relationship with great personalities such as Giorgio de Chirico, the Bouzianis, Nick Hadjikyriakos-Gikas, John Tsarouchis, Angel Sikelianos, Walter Gropius, Constantinos Doxiadisand many more.

He died on August 28, 1968 leaving behind a great work, we still admire. He was a philosopher and intellectual that opened new horizons in the aesthetics of architecture in Greece. An exhibition worth visiting, and navigating for visitors to explore another Greece “!

This entry was posted in Culture, Events, Tourism Insight. Bookmark the permalink.