As old as the Greek fields, the fava dip was one of the first treats that were put on the table of any public tavern in Greece since the beginning of time. Soon it made its glorious appearance in the circles of the elite as a fine dining delight! 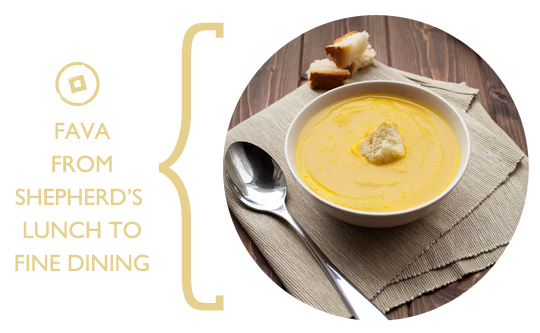 So basic in essence, so authentic in flavour the fava lentil has travelled long distances to become part of our culinary culture. Let’s cover that distance! 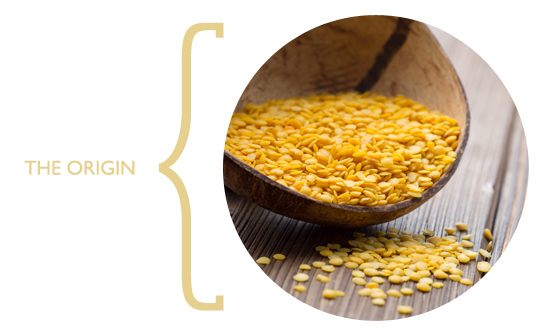 Lentils have been a vital part of our nutrition since Neolithic times and archaeological evidence shows that it was one of the first crops in the Near East and later in the Mediterranean, found in many variations, in different sizes, colours, whole or split. 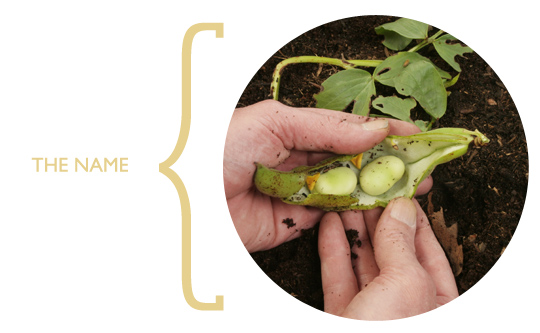 The name fava derives from the Latin word “favus” referring to the broad bean, the original ingredient for the fava recipe. Later on the broad bean was replaced by the yellow shelled lentil. 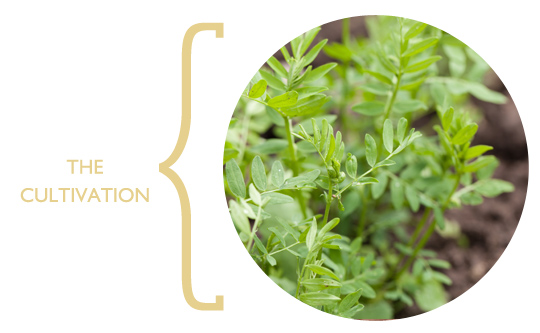 The lentils are planted in early spring into sandy, well-drained soil in a sunny location 1 inch dip and 1 inch apart keeping rows about 20 inches from each other. The seeds must be watered immediately after plantation and in about 10 days the lentils will begin to germinate. It is important to build a fence around them allowing them to climb as they grow and keep them moisture while avoiding standing water. To help their growth you may lightly fertilize them with organic matter and weed them regularly. Once the pods are large and swollen, it’s time for the harvest. 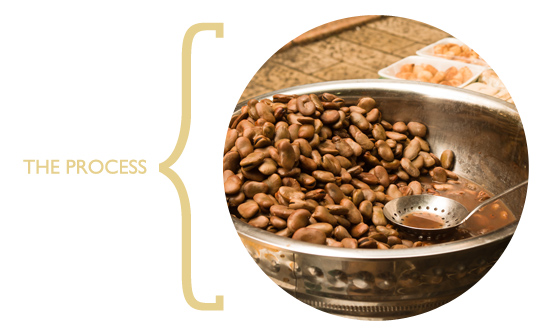 In order to prepare your fava dip first you need to remove the lentils from their pods, then parboil them to loosen their exterior layer so as to be able to remove before cooking.

Preparation
• Rinse the lentils with cold water
• Add the lentils in 1200 ml of water into a heavy bottomed pan
• Bring to boil and remove the froth that comes to the surface
• Add the onion and simmer for about 1 hour until only 1/3 of the water remains in the pan
• Transfer the mix into a food processor and blend until its smoothly combined
• Move it back to the pan, add the salt and the ¾ of the olive oil and boil for another 5 minutes
• Serve the fava and sprinkle with parsley and chopped onions, add some lemon juice and olive oil.

We couldn’t think of a more delicious way to show you the journey of fava than tempting you to taste it.

So there you go, taste and enjoy!