With the sand still in your shoes and the salt on your skin, with the light breeze transferring the smell of the evening primroses and your light summer clothes, Cycladia invites you to experience the authentic Greek cultural experience! Prepare your cameras! 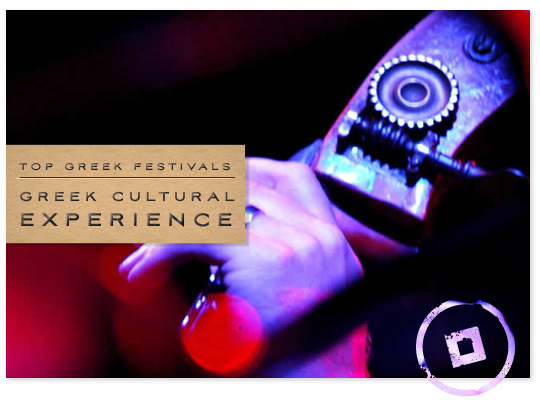 Corfu Animation Festival
In April the beautiful island of Corfu is the centre of creativity and inspiration. The Animation Festival celebrates the success and artistic recognition of our lovable cartoon films. A festival that addresses fans from 5 to 85 years of age! 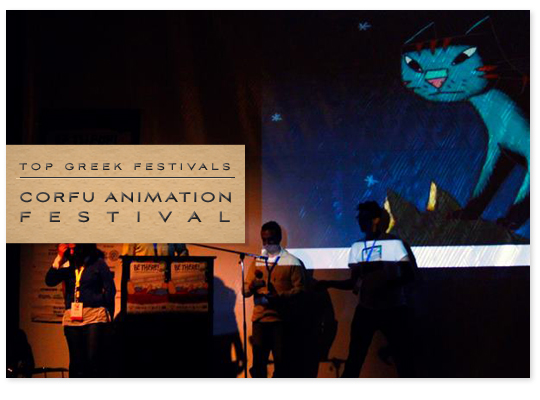 Rockwave Festival – Athens
Perhaps the biggest summer event for those who may find themselves in Athens during June – July is the Rockwave Festival; famous among youngsters and not only! Worldwide known groups and singers give this festival an international flavour. And, as its name implies, let’s rock! 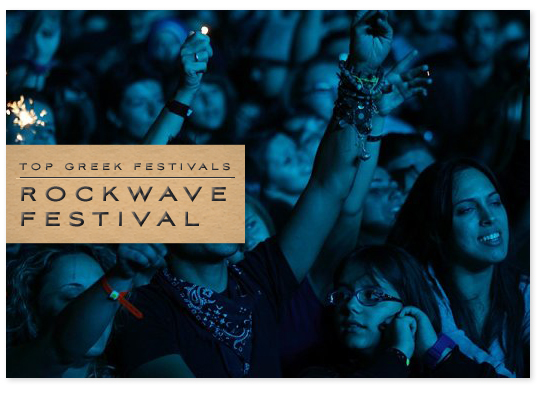 Yakinthia Festival – Crete
Saint Yakinthos is the Saint of Love for Cretans and, consequently, Greeks. Right in the heart of summer, on July 3, in Anogia village on Psiloritis mountain, Rethymno , the celebration of youth and love includes outdoor concerts full of passion and the Greek starry sky!

Up Festival – Upper Koufonisi
Combining the azure waters of Pori Beach at Upper Koufonisi and the summer feeling, Up Festival brings before you 3 days of pure Greek culture. Singers and DJs fill the atmosphere with sounds and melodies of the authentic Greek experience. The scenery is magical, the entrance is free and this festival is not to be missed! 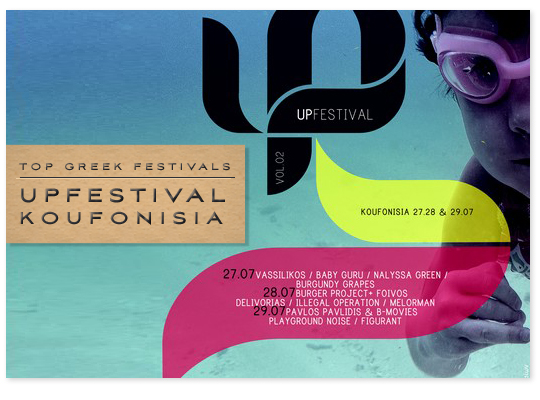 Sani Jazz Festival – Halkidiki
If you belong to the faithful audience of the jazz music, Sani Jazz Festival, in Halkidiki will surely enrich your experience with magical nights full of music in the most enchanting scenery. From mid July to the end of August, big names of the jazz scene fill the nights with music and magic! 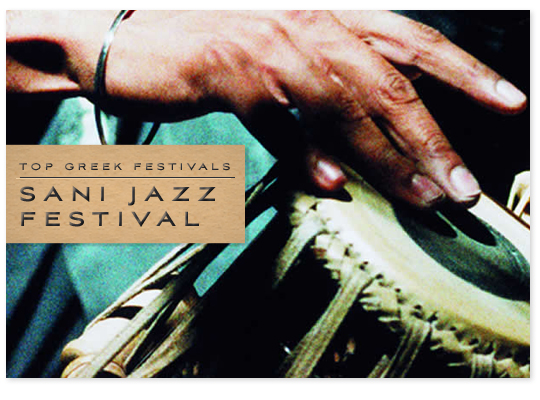 Kalamata Dance Festival
The lovers of art and modern dance should find their way to Kalamata. The city is famous not only for its original olives, but also for the widely known dance festival with participants from all over the world. Every July the city dances in a different rhythm, the rhythm of the Festival! 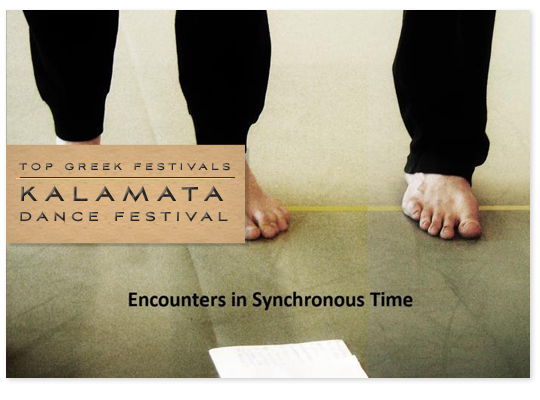 Naxos Festival
Every year, from July to September, Naxos opens the doors of its most prominent and architecturally unique castles for the lovers of art and culture. The famous Bazeos Tower, built in 1600, hosts storytelling festivals, dance events and seminars of musical improvisation.This festival is definitely among the most famous of the Cyclades complex. 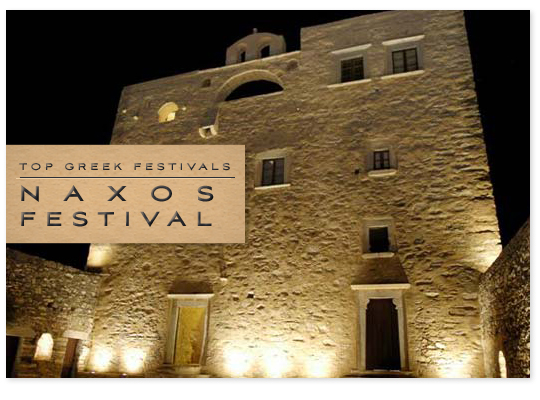 Kastoria River Party
August brings before you the heatwave of Nestorio River Party. And it is exactly that: a 5-day party! From the 1st to the 5th of August, four different stages, with artists from the Greek and international scene, give you the most alternative version of a summer festival literally next to the river. This year you will have the chance to enjoy Nouvelle Vague and Thievery Corporation in a scenery like no other! Do not forget your swimming suit! 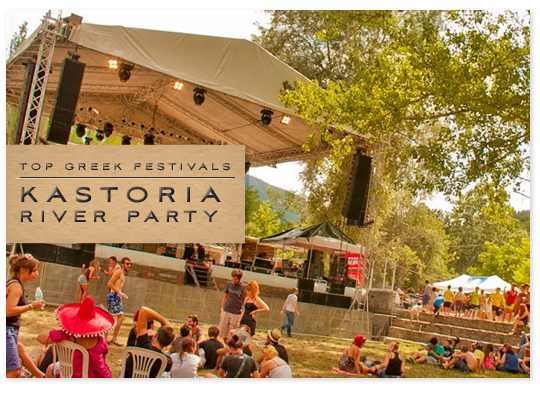 International Classical Musical Festival of the Cyclades – Syros
With a repertoire that includes the jewels of chamber music, Syros , the capital of the Cyclades, hosts in its magnificent Apollo Theatre the event that satisfies the very demanding audience of classical music. A week (August 17th – August 25th) full of magical sounds under the Cycladian sky… 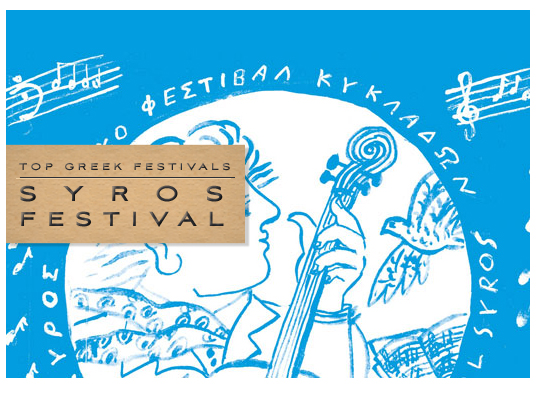 Aegina Fistiki Festival
Fistiki in Greek means pistachio and this festival in Aegina is all about enjoying music, wonderful sceneries, creativity and of course tasting the most tasty pistachio of all! It is held in September but who said that Greece isn’t beautiful at that time too? 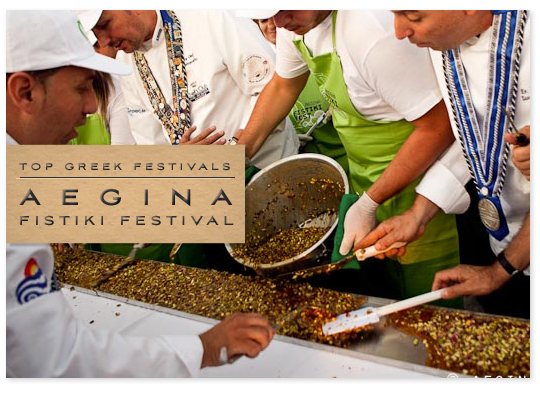 International Film Festival – Thessaloniki
The red carpet event of the queen of the north, Thessaloniki! Held in November, this unique film celebration has some of the most prestigious names of world class cinema in its guest list. 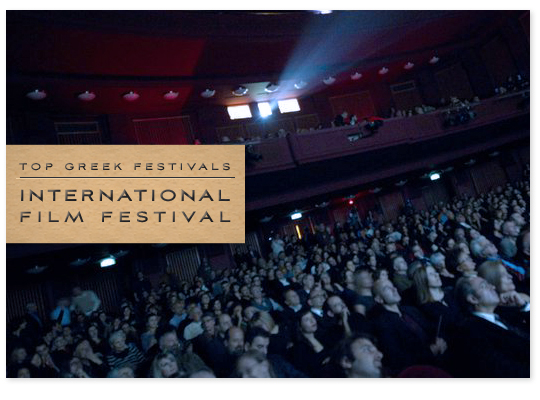